Ending HIV : The Voix EssentiELLES are at the center of the response 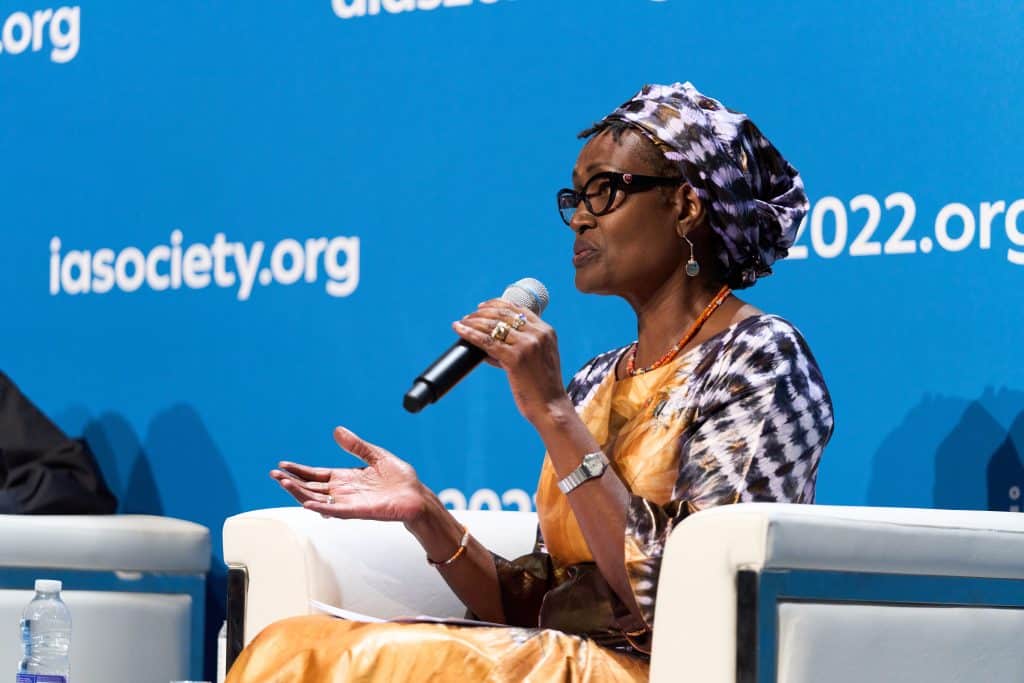 The time is for action, financial commitments and a concerted response. A few weeks before its 7th Replenishment Conference, the Global Fund is sounding the alarm in the fight against HIV, tuberculosis and malaria.

Montreal – Ouagadougou – Dakar – More than 9,500 people met in Montreal, Canada, from July 29 to August 2, to attend the 24th International Conference on HIV/AIDS, the first global platform in terms of disease response. Communities, people living with HIV/AIDS, policymakers, media, activists and civil society organizations are unanimous: the progress made in the fight against HIV/AIDS has stalled. Globally, the number of infections stabilized at 1.5 million in 2021, the same number as in 2020. But whose at fault? The COVID-19 pandemic? Certainly, but even before it hit, the world had already strayed from the trajectory of the HIV, TB and malaria targets.

Progress in reducing the number of people newly infected with HIV is slowing down. Between 2020 and 2021, the world has seen the smallest annual decline in new HIV infections since 2016. In 2021, women and girls accounted for the majority of new infections in sub-Saharan Africa and more than 3 in 4 new infections among young people concern adolescent girls and young women.

We need to act, now. To this end, and shortly after the opening ceremony of the HIV Conference, the Global Fund organized a satellite session on July 29, 2022 entitled « Fighting for what counts: maximizing health equity, gender equality and human rights in the fight against HIV”. Opened by Peter Sands, Executive Director of the Global Fund, this symposium looked back on the results obtained after 20 years of scaling up the Fund’s programs and interventions, but also on the remaining and emerging challenges. Two panels, moderated by Maelle Ba, Speak Up Africa’s Strategic Communications Manager, highlighted successful partnerships but also the importance of community leadership. Farida Tiemtore, a 23-year-old young activist, President of “Les Héroïnes Faso” and recipient of the Voix EssentiELLES’ Fund, remotely joined the first panel “20 years of impact, what worked and why? « : « Faced with the urgency of eradicating HIV/AIDS, the Voix EssentiELLEs of Burkina fight for what counts by raising awareness, informing, strengthening advocacy for better prevention and response of young girls and women facing the disease and I am convinced that we will end it by 2030.” Launched in 2021 and strong of 35 community-based women-led organizations in Burkina Faso, Côte d’Ivoire and in Senegal, the Voix EssentiELLEs initiative, implemented by Speak Up Africa in partnership with the Global Fund and the CHANEL Foundation, aims to support and stimulate the impact of health policies and programs by ensuring the commitment of women and girls, in all their diversity, in decision-making spaces.

This initiative is in line with the Global Fund’s new strategy « Fighting pandemics and building a healthier and more equitable world », which puts people and communities at the heart of the fight against HIV, tuberculosis and malaria. During the second panel “What are our next steps and how can we ensure we achieve the Sustainable Development Goals?” Grace Ngulube, Founder of Youth Health Connect 360 and HERVOICE Fund Ambassador for Malawi reaffirmed the importance of a fully funded Global Fund:

The Global Fund invites us all to fight for what counts. I count, you count, young women count. Now is the time to prove it. Financing the Global Fund is showing that our lives are valued. I hope that with significant funding, we can do more to address gender inequalities, uphold the rights of adolescent girls and young women, and ensure that girls are free from HIV.

In 2021, the increase in the number of people on HIV treatment was the lowest in more than a decade. Although three-quarters of all HIV-positive people have access to antiretroviral treatment, about 10 million others do not, and only half of HIV-positive children have access to life-saving drugs. In the same year, the AIDS epidemic was responsible for an average of one death per minute, or 650,000 AIDS deaths despite the existence of effective treatment for HIV and tools to prevent, detect and treat HIV infections. opportunistic infections.

2022 is a crucial year and marks a turning point in the fight against HIV, tuberculosis and malaria. While communities have shown remarkable resilience and changed their programs to ensure that people living with HIV and key populations are not left behind, their commitment and determination has clearly shown how sustained and increased support from the Global Fund is needed. The Global Fund has also shown remarkable flexibility and moved quickly to help countries strengthen their health systems, access emergency supplies, respond to COVID-19 and adjust their HIV, malaria, and tuberculosis programs. The future is uncertain but the goal is clear: the Global Fund must be fully funded, with at least $18 billion for the period 2023-2025.